You could say that Dr. Yale Smith is a Renaissance physician, for, unlike many specialists, he has experience in a broad range of aspects of the medical field. 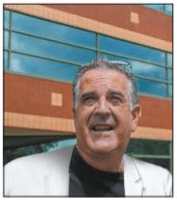 You could say that Dr. Yale Smith is a Renaissance physician, for, unlike many specialists, he has experience in a broad range of aspects of the medical field. His 33 years in medicine include a career in plastic surgery, which led Dr. Smith to do research in it before he transferred his focus to clinical medicine. He later switched to anesthesiology because this aspect of medicine allowed him to do both technical and critical decisions for the patient.

Dr. Smith is also well acquainted with medicine from the patient’s perspective after a bout with swine flu left him in intensive care for six weeks and almost killed him not once, but twice.

“I coded twice and spent six weeks in a coma and five weeks in a rehabilitation hospital learning how to walk again,” said the Rockledge physician.

The illness required two years of extensive outpatient rehabilitation and affected his lungs to such a degree that he was forced to retire from practicing anesthesiology.

Dr. Smith’s latest chapter in his long medical career is the unique practice he will open September 9 at 700 Spyglass Ct., Suite 300, Viera. The Center for Antiaging Aesthetic and Rejuvenation Medicine will be a boutique one-stop practice that will help patients regain their health and their looks.

“We are specializing in an integrated approach to health solutions,” said Smith.

Within the Center is the Aura MedSpa, which will offer state-of-the-art rejuvenative procedures, as well as top-of-the-line anti-aging products favored by Hollywood elite such as Sandra Bullock and Halle Berry.

Dr. Smith started his journey in medicine with an interest in plastic surgery. After medical school, he received a research fellowship at Duke University Medical Center, one of the top plastic surgery programs in the nation. At age 28, Temple University in Philadelphia hired him as director of research, but the lure of hands-on medicine lured him back and he accepted a surgical residency at Memorial Health System in Georgia.

Anesthesiology also interested him, so he switched gears and attended Vanderbilt University, the “Harvard of the South.” eventually transferred to Jackson Memorial Hospital in Miami to be closer to his father, who had contracted a rare form of cancer.

“My father was and remains my best friend, father and brother, but he passed away in 1999 from cancer,” said Dr. Smith.

For 26 years, he served as an anesthesiologist around the country, until a bout with swine flu, which he contracted while working at a hospital, put him in a coma. After extensive recuperation and rehabilitation, Smith began questioning why he had been spared, and decided to devote the rest of his career to functional and integrative medicine. This “joined discipline” helps re-establish an individual’s physiology by analyzing outside factors that impact health. Treatment modalities are more natural and less intrusive than in mainstream medicine.